Home About us People Opera VIKTORIJA MIŠKŪNAITĖ
Back 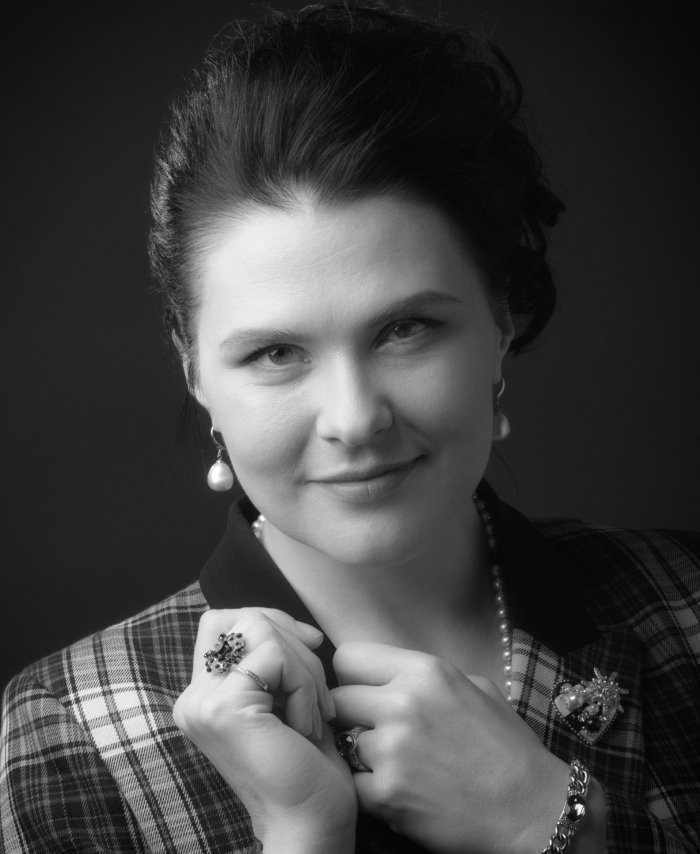 Viktorija Miškūnaitė studied vocal performance at the Lithuanian Academy of Music and Theatre (class of assoc. prof. Asta Krikščiūnaitė). In 2009 through the audition to the 4th International Singing Competition in Saint Petersburg (Russia) she was selected to participate in the master classes of jury members Carmen Balthrop (USA) and Mauro Trombetta (Italy). In 2011-2012 she was on probation at the State University of Music and Performing Arts Stuttgart (class of Sylvia Koncza). At the same time she was also participating in the intensive courses of vocal and dramatic interpretation organized by the Baltic states’ “NordOpera” biennale and bel canto master classes of prof. Delfo Menicucci at the Verdi Conservatory in Milan (Italy). In 2013 the soprano participated in the master classes organized by the summer academy courses of the Verbier International Festival (Switzerland) with Barbara Bonney, Claudio Desderi, Tim Carroll and others, and at the international master classes with director Peter Konwitschny, organized by the “OpernWerkstatt” (Switzerland).

Since 2006 the soloist has been actively performing in Lithuanian and abroad. V. Miškūnaitė has performed with the National Symphony Orchestra, piano duo Rūta and Zbignevas Ibelhauptas, Čiurlionis Quartet, state choir “Vilnius”, participated in the contemporary music festival “Gaida”, art festival of Druskininkai, summer festival in Tytuvėnai. In 2012 she took part in the European tour of ECA and SWR Baden-Baden symphony orchestra (performances at the National Philharmonic of Berlin, “Teatro Real” in Madrid, festival of Luzerne, Strasbourg, etc., with conductor Sylvain Chamberlain), performing Young Girl in A. Schoenberg’s opera “Moses und Aaron”. The soprano has also created several roles for the “Vilnius City Opera” (Ines in “Il trovatore”, Despina in “Cosi fan tutte”, Mimi in “La boheme”. V. Miškūnaitė made her debut at the LNOBT as Rosalinde in J. Strauss’ “Die Fledermaus” and in 2015 was accepted into the opera company of the theatre.

In 2007 V. Miškūnaitė was bestowed Honourable Acknowledgement of the Prime Minister of the Republic of Lithuania Gediminas Kirkilas, in 2013 – the Congratulatory Note of H. E. President of the Republic of Lithuania Dalia Grybauskaitė. In 2015 she received the Opera Soloist of the Year award for her role of Manon, in 2016 was bestowed the Golden Cross of the Stage award.