Home About us People Opera JOVITA VAŠKEVIČIŪTĖ
Back 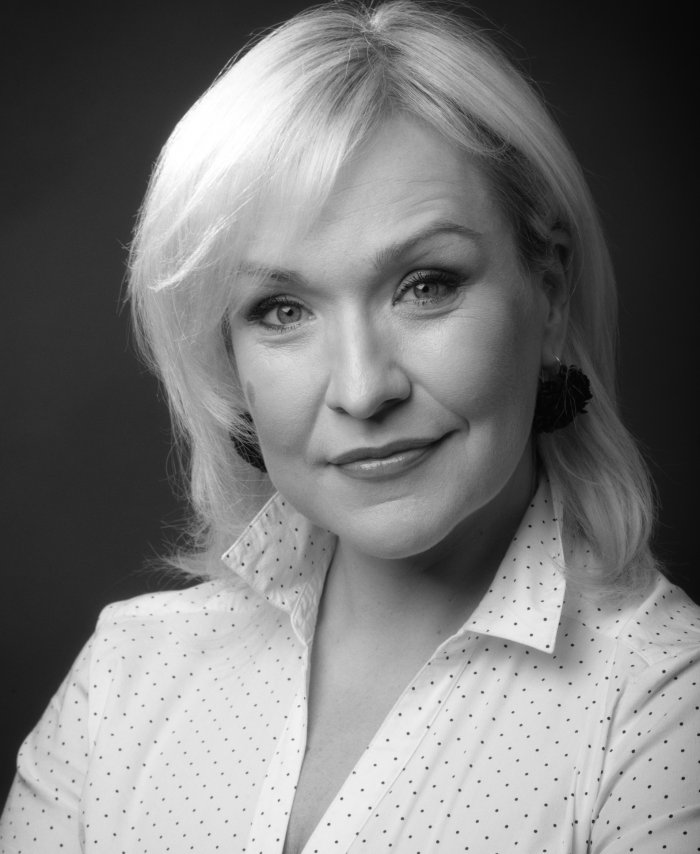 Ms. Jovita Vaškevičiūtė graduated from the Lithuanian Academy of Music and Theatre in 2004 (class of prof. Sigutė Stonytė). Soon after graduation she served an internship at the LNOBT’s Opera Studio, studying with prof. V. Noreika for two years.

Ms. Vaškevičiūtė made her debut at the LNOBT in 2006 as Ulrica in “Un ballo in maschera” by Verdi. She was awarded the “Operos Švyturiai” award in the category of “Opera Hope of the Year” in the same year for her role of Suzuki in Puccini’s “Madama Butterfly”, directed by Anthony Minghella.

Dominga de Advento in opera “Love and Other Demons” by Peter Eötvös was the role that brought incredible success to Ms. Vaškevičiūtė and launched her successful career in Europe.  “Love and Other Demons” was presented in Cologne in 2010, and the soloist was invited by the composer himself to sing the role of Dominga during the premieres. Later J. Vaškevičiūtė made her debut as Dominga in Strasbourg (France). The first two premieres were conducted by P. Eötvös, who claimed that J. Vaškevičiūtė is the best Dominga he knows. Jovita was invited to Cologne again in 2014, to perform the role of Pasqualita in “Doctor Atomic” by John Adams. In that same year she also participated in the Macao Festival (China) on tour with the Latvian National Opera.

She was invited to sing Amneris in six performances of “Aida” presented at the Cologne Opera and to perform 8 evenings of Verdi’s “Requiem”. Ms. Vaškevičiūtė made her debut at the “Teatro de la Maestranza” (Spain) with the role of Pasqualita in op. “Doctor Atomic” by Adams in 2015.

She was nominated for the “Golden Cross of the Stage” award for her depictions of Azucena in  “Il trovatore” by Verdi, Countess / Marquis in O. Narbutaitė’s “Cornet” and Mother in Humperdinck’s “Hansel und Gretel”.

In 2017 the soloist was invited to perform Dominga in “Love and Other Demons” by Eötvös at the Hungarian State Opera. In 2018 she made her debut in one of the famous theaters in the world “ Teatro Colón Buenos Aires” as Olga in opera “Three Sisters” by Eötvös  in 2018. One of reviews of her role stated: “Mezzo-soprano Jovita Vaškevičiūtė (Olga) was memorable and drawing attention character with her affecting and powerful voice, and wide vocal register. Excellent voice“. (“Infortunios en la campinã rusa”, La Prensa). In 2019 the soloist made her debut at the Estonian National Opera as Lyubasha in R. Korsakov‘s opera “The Tsar’s Bride”, and at the Palais des Beaux-Arts“ BOZAR in Brussels as Lel in P. Tchaikovsky’s opera “The Snow Maiden”. Her latest roles at the LNOBT include the Old Lady in “Candide” by L. Bernstein and Mother in dance opera “Forever and a Day” by R. Mačiliūnaitė and I. Galili. 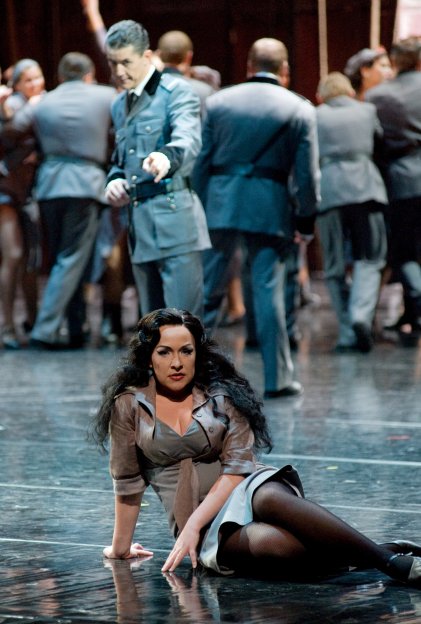 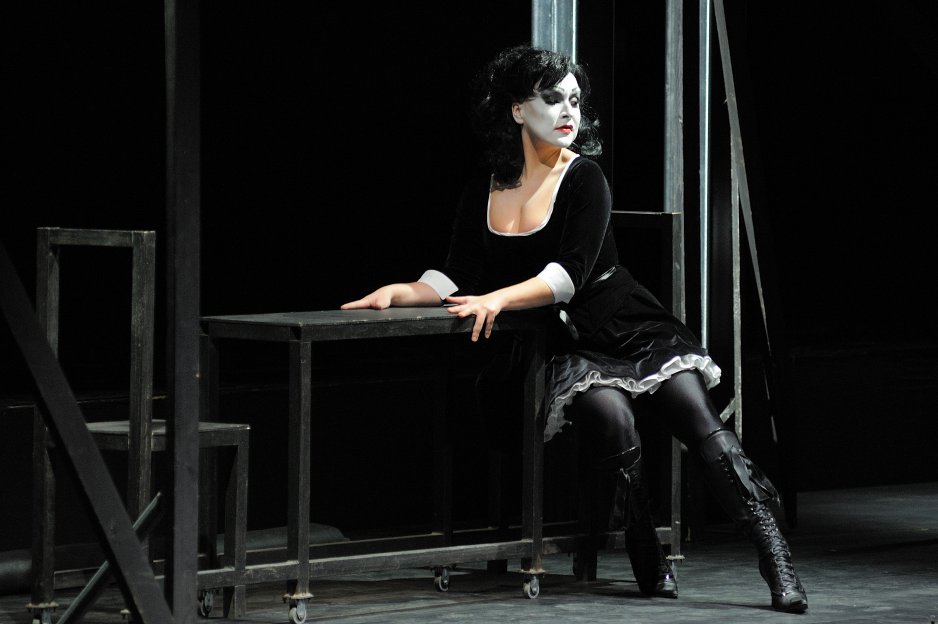 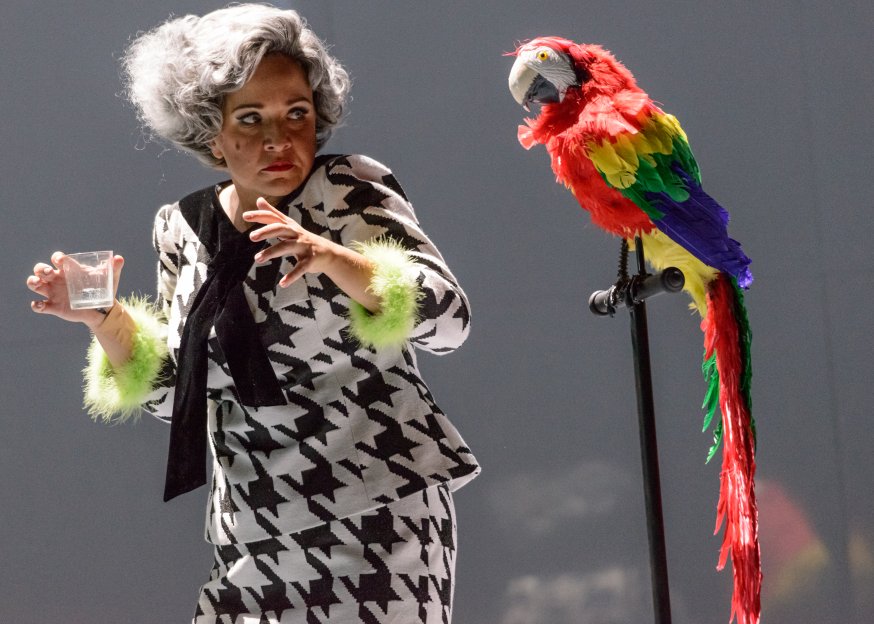 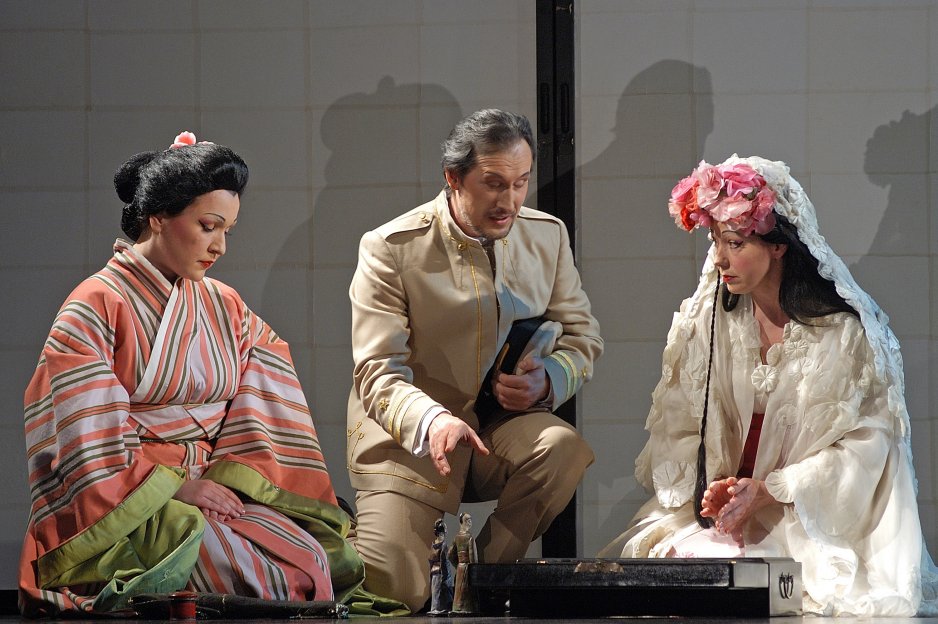 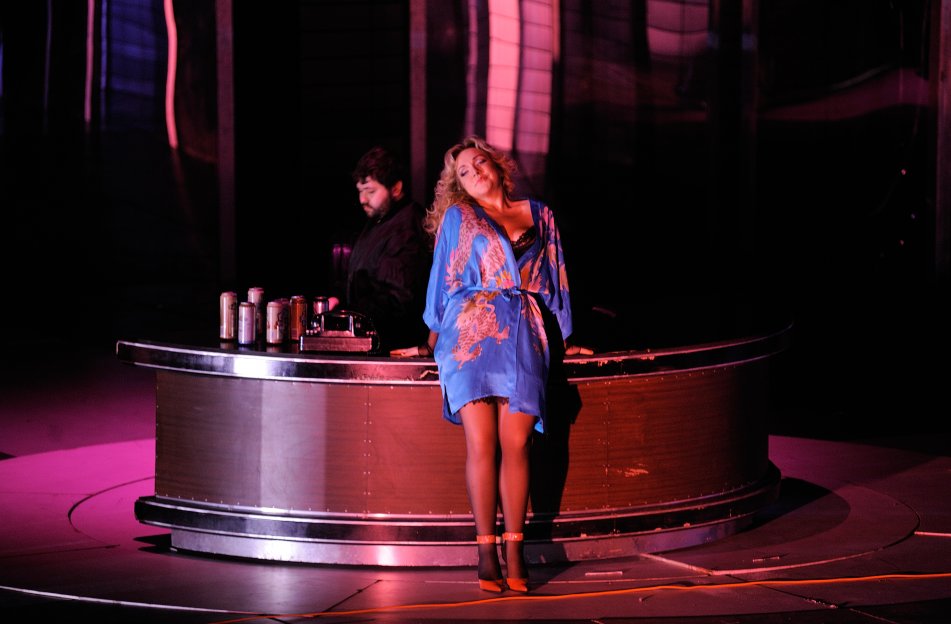 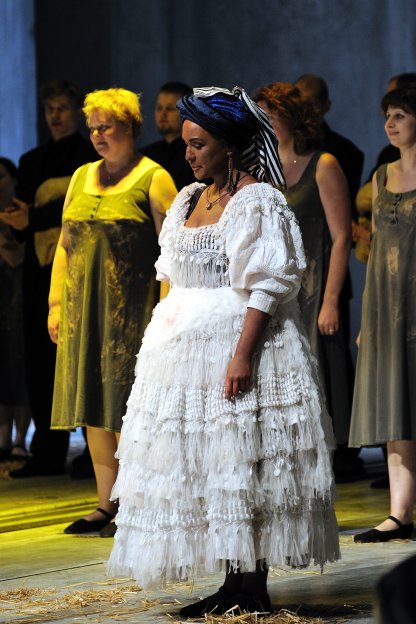 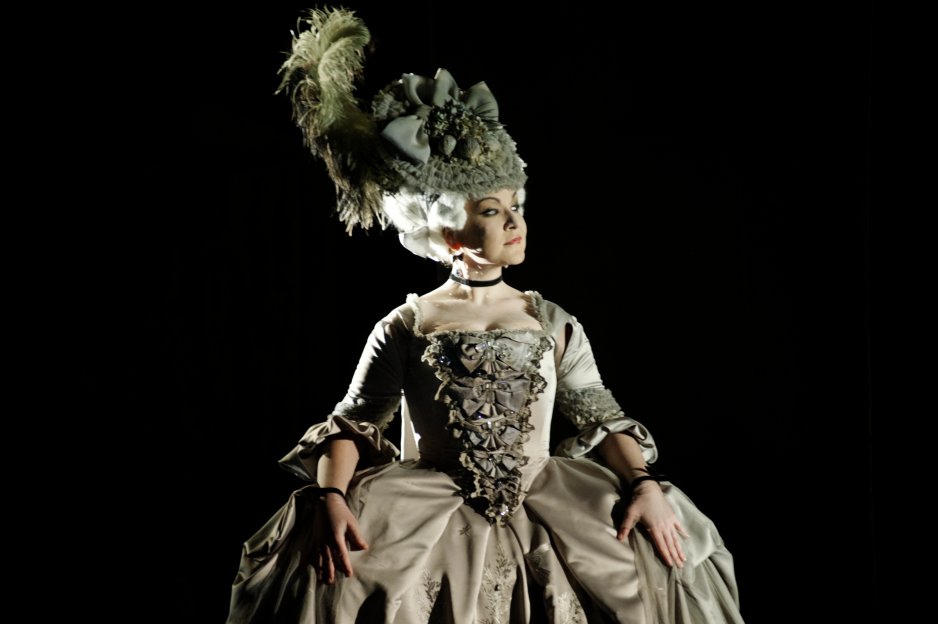 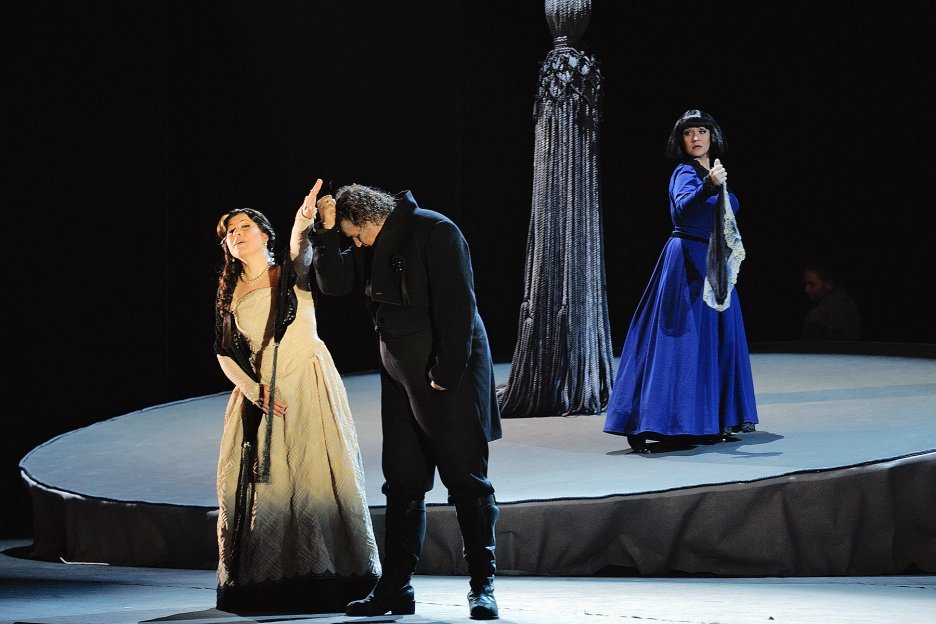 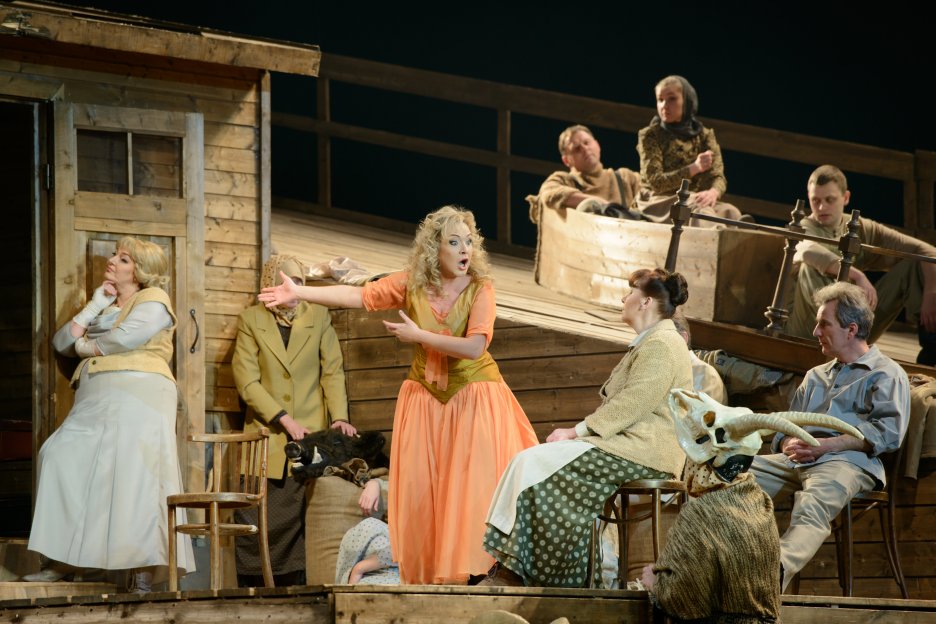 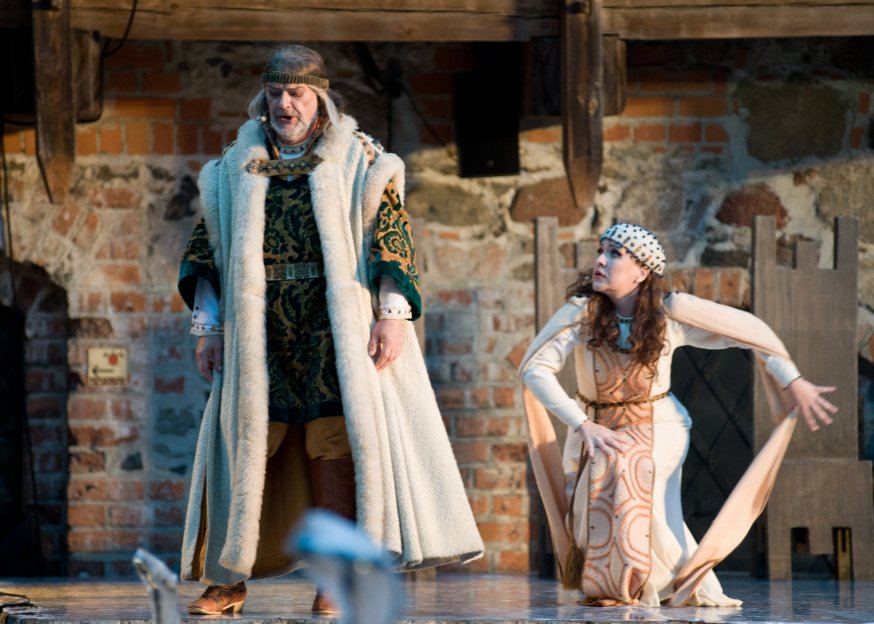 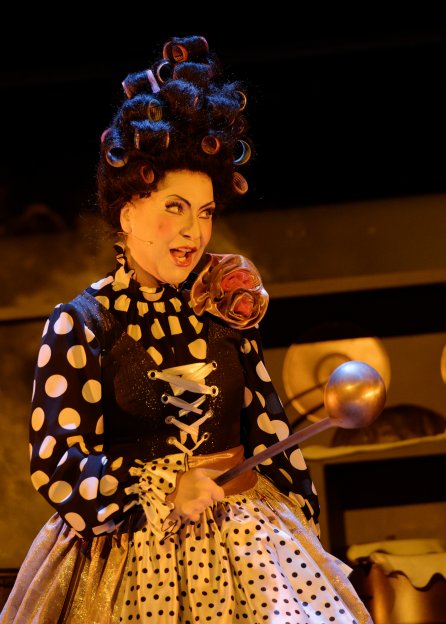